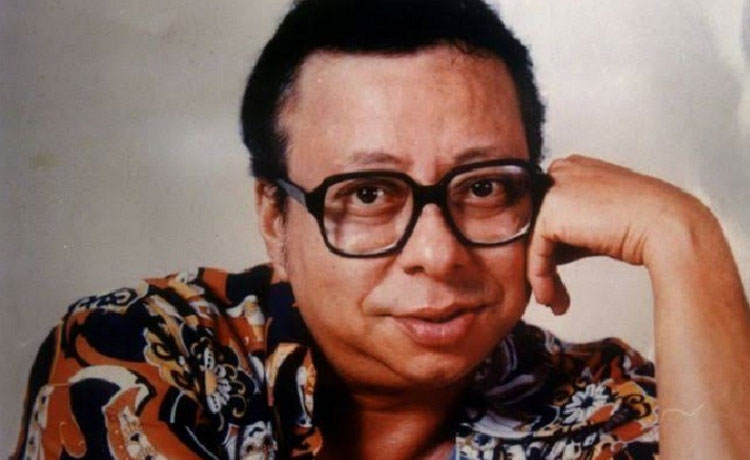 As a man of finance, have never been able to shrug off my tendency to look at any field “top down” and in terms of numbers. My close association with Bollywood music and Ghazals shows that while everyone has preferences there has been very little attempt to look at composers objectively through the prism of numbers. Music is an unreasonable thing – and not always amenable to analysis. The argument that comparison or competition is not necessary has a lot of merit, but it is also useful to be aware who created greater “impact” – I am not suggesting that other music composers were of any lesser merit – but simply looking at composers from the “impact” criteria. The larger purpose of such analysis is also bring the spotlight on to such artists: In My Opinion Bollywood Music has gladdened the hearts of billions of Indians across generations, but the composers and lyricists have never really got their real spot in the sun.

Here I try to assess Bollywood Music Directors in terms of their contribution to Bollywood Music in terms of melodious and hummable songs. It’s impossible to compare the maestros in qualitative terms as one person’s song preference and assessment will be very different from the other. Even awards can be rigged. However, most people tend to agree on whether a song is “melodious” or “hummable” or not, whether it passes a minimum melody threshold, and if it did become popular. I have tried to collate data to assess music directors on the basis of “hummable numbers” – how many songs composed by the maestro made an impact, or remained hummable across time – for masses and/or connoseiurs, and the numbers throw up an interesting picture. They also clearly bring out how Pancham towers above the rest, and am releasing this blog as a tribute to him on his death anniversary. In matters of arts, it is also not appropriate to go by precise numbers, hence I have created seven buckets of hierarchy – what I loosely call the Saptak of bollywood music composers, to filter out who come out as the top 25 music composers of bollywood.

My analysis is based on the 3500 – 4000 odd Hindi movie songs in last 65-70 years that make it to my personal Bollywood Music collection (my criteria are fairly relaxed – anything hummable or with good lyrics makes it to my list). Confession – I don’t listen to new albums as closely as the old albums. Undoubtedly millennials may have a different pecking order. Since I am some sort of a collector, and keep any song that has melody, that has won awards, that has great lyrics, has some interesting bit of trivia, became popular in its era (post 50s), – this is the best proxy i could come up with. While tastes would certainly vary, and more so across generations, once you look at the wide disparity in hummable numbers across music directors, the bucket where each composer stacks up is likely to likely to be more accurate than inaccurate (potentially levels might change by one for each person)

It’s easy to see why Pancham or R D Burman is a God for me and has a legion of fans with such a vast following even 30 years after he left us. Pancham is at the top of this Saptak with 450-500 songs composed by him (125 – 150 film albums) making a mark on listeners. To put it in perspective, he has composed around 2000 songs – and every 4th song is piercing in its own way! His innovative use of objectives to produce new sounds and rhythms in background music, title music and songs are of course stuff deserve an independent blog. And this does not include many songs actually composed by him which are currently credited to Dada S D Burman (Funtoosh, Aradhna, etc). It was Pancham who was playing the harmonica not only for his dad in the foot tapping Hai Apna Dil to Awaara but also for the piercingly poignant Jaanewalo Zara by Laxmi Pyare in Dosti.

That Pancham is miles ahead is demonstrated by how far are the two music duos adorning next level of Saptak. Laxmi Pyare also have 125 music albums (with one good song at least), but a much lower 300-350 (Almost 67% of Pancham’s repository) hummable numbers. They actually composed around 3000 songs – which shows that commercially they were really far more successful (50% more than Pancham), but only 1 in 8-10 songs (“Quality strike rate”) composed by them stood the test of time. Sharing the stage with them at the same level is another superstar music duo Shankar Jaikishan with 275-300 hummable songs from 75-100 albums that made an impact. The unquestioned superstars ruling the roost in the 50s and 60s suggesting that one in 5 of their songs made the cut

At the third level of the Composer’s Totempole, one finds Dada S D Burman and Kalyanji Anandji with 225 – 250 hummable songs each from 60-75 relevant music albums. Qualitywise Dada was as much a star as Pancham – He only composed around 800-1000 songs and maintained the 1 in 4 quality strike rate of Pancham, with 65-70 albums suggesting an average of 4 excellent songs per album: When a Burman album took off, you could be rest assured that there will be several stars in that galaxy. Kalyanji Anandji were commercially successful and make it to the top 5. Although qualitatively they did not have as many individual masterpieces as the others in the Top 4 and possibly even those in lower levels of Saptak, they do have to their credit the distinction of having introduced the maximum number of new singers – Alka Yagnik, Kanchan, Sadhna Sargam in the music scene.

The difference in numbers after the Top 5 music composers is really stark, which is why I believe numbers can help overrule qualitative preferences. At level 4 you have seven music composers each known for their own distinctive styles, with around 100 – 150 lovely compositions each and 30 – 50 relevant albums. However they are all almost a 100 odd songs behind the level 3 and almost 300 songs behind leader Pancham. The diversity in display at this level is really resplendent: Three Ghazal kings make an entry here: Madan Mohan, Jagjit Singh and the esoteric and my personal favourite Khayyam. You also have O.P. Nayyar – he of the horse trotting compositions, and the commercially successful Rajesh Roshan and Ravi (Sharma). And as they say in movie credits, there is Above All, A R Rahman. 5 of these composers had the stamp of quality. Madan Mohan and OP composed a total of only 750 songs and a 1 in 5 strike rate, with Khayyam and Jagjit Singh being the least prolific and highest in quality strike rates. They composed only 400 and 500 songs respectively and had the 1 in 3:5/4 super quality rate. (Confession: I have included Jagjit’s Non-filmi Ghazals in this compilation.). Khayyam survived 5 decades inspite of his selective approach – absolutely outstanding. Commercially successful Ravi & Rajesh Roshan composed a total of 1000 odd songs with a lower quality strike rate, but the numbers suggest that junior Roshan is clearly underrated – with his melodious numbers now helping him survive 4+ decades. Last but not the least you have Rahman: music superstar, deserved Oscar winner, master of quality since the 90s but very selective in what he does – and has given us 100-125 super songs in 3 decades.

At Level 5 around 75- 100 songs you have four composers: A tad ahead are two composers known as much for their melody as for being Copy Cats while they are closely followed by Two Maestros. Bappi Lahiri and Pritam are the first two while Naushad & Ravindra Jain are the maestros. Bappi Lahiri has the lowest stamp of quality – having composed 2000 odd songs – the numero uno in the 80s that was the worst decade for Bollywood Music. – Only one in 20 of his songs makes the cut – and these are actually his 70s compositions. Since Jatin-Lalit have split, Pritam emerges as the brightest spot in the next gen with ~1000 songs under his belt and a one in 10 quality strike rate. Clearly the most controversial name here is Naushad as many of my friends regard him amongst the top 5 of all time music composers. He is undoubtedly highly regarded for his compositions based on classical music and his position in this stack is clearly sacrilege. However he did have far fewer melodies to his credit, or his songs did not stand the test of time – or is this a case of my own preferences playing games? To each his own Ravindra Jain – of Rajshri fame is a personal favourite when it comes to melody and folk songs.

On level 6, narrowly missing out on Level 5 are 4 composers – again a mix of old maestros and newer talent. Each of these became fairly renowned for their distinctive qualities but only 50-75 songs across 20-25 relevant albums. Underrated Roshan and eclectic genius Salil Chowdhury are joined here by Shankar Ehsaan Loy (SEL) and Jatin Lalit. Salil Chowdhury joins Khayyam at the top of composers with limited compositions – under 400 – who made a mark. Of these clearly Shankar Ehsaan Loy have not yet stopped composing and hence are destined for further greatness.

Finally at the last level of Saptak we have 5 composers – Hemant Kumar, C. Ramchandra, Ram Laxman, Usha Khanna (the only female music composer in this list) and Anu Malik . C. Ramchandra has hilarious masterpieces with his distinct music but not enough songs out of his 1000 compositions made the cut. Usha Khanna also composed 1000 songs but only 50 odd made their mark. Hemant Kumar had limited movies although he did a great job with his 500 mellifluous compositions. As did Ram Laxman – who had a successful stint in the late 80s and early 90s. Anu Malik currently makes the cut with around 75-80 melodious songs but given his 2000 odd songs, his quality strike rate is not very high, and I suspect he will make way for better composers in the future. (Note: I have now got criticised for putting him in the same league as Hemant Kumar and C Ramchandra, but having set the criteria, this is what the numbers suggest! Maybe I should use the Researcher’s discretion and move these two up a notch!)

Narrow misses now in the top 25, but not for long because they are still composing songs – are Vishal – Shekhar and Vishal Bhardwaj, Shantanu Moitra and Amit Trivedi. In the next three years I expect these composers to displace three of the composers on the 7th level. Jaidev, Hridaynath Mangeshkar, Uttam Singh, MMKreem clearly did not get enough opportunities while Shiv Hari probably chose to be selective in the film assignments they took up restricting themselves to YashRaj films Nadeem Shravan and Anand Milind composed 1000 songs each – and did have many melodies and successes and could have made it to the 7th level. But probably they were not good enough to suit my palette.

There are another 25 odd music directors in Bollywood across the last 60 years who made an impact with 5-15 beautiful songs across 3-5 albums some of while were mediocre and at least half of them probably didn’t get enough opportunities. They are not listed here for want of space.

When u see the numbers you can also easily see that it’s not easy to have 50 songs under your belt that catch the ear of Indian audiences. Impact is difficult. And then you have a Pancham, towering above them with almost 500 songs that soothe hearts, peppy music that get you going and enchanting songs that take you to another world, and you can understand there can only be one and only one Boss, on whose birth anniversary I have shared this research