Majrooh vs Anand: A numerical analysis in the Gulzar of India’s best Bollywood Wordsmiths 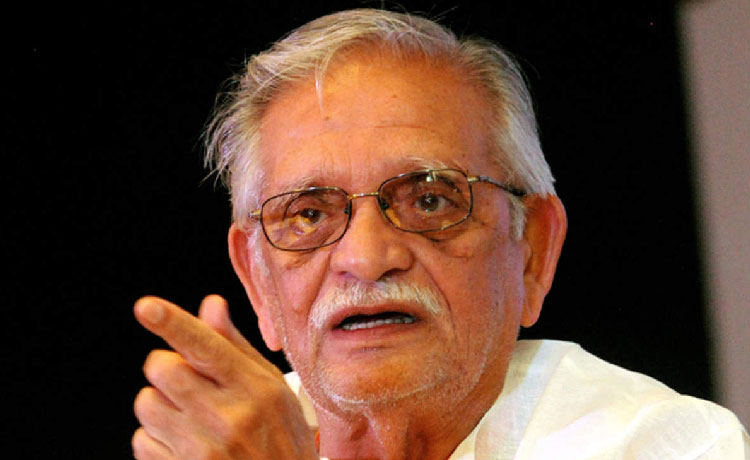 As a man of finance, I can’t shake off my tendency to look at a space “top down” and size it up in numbers. So before coming to individual songs or detailed look at individual Lyricists, here is a quick overview of the Saptak or Totempole of our Wordsmiths and how they stack up. The analysis is based on the 3500 odd songs that form part of my personal collection. That’s 5-7% of all bollywood songs, and although they are based on my “bias”, my sense is they would be a reasonable sample to form an opinion. The Saptak or seven levels of the Totempole are based on a yardstick of “volume of quality songs” – a questionable, but objective criteria. Note that “quality” itself is very loosely used – any song that’s successful, or has made a mark with critics, generally makes the cut.

At the top of the Saptak we have Anand Bakshi, who has probably written the 2nd highest no of Hindi songs (3500 -4000 odd), and leads the totem pole with 450+ songs that make the cut into my humming list. Bakshi had the humility to say that he was not a poet but a lyricist – and has the distinction of simultaneously forming an immensely successful partnership with Bollywood’s top two most successful composers – Pancham as well as Laxmi Pyare. His other distinction is he had a career spanning 50 years – making himself relevant to three generations.

Next to him – we have Majrooh Sultanpuri – the “wounded” – who wrote more than 2000 songs, 350+ of which made my collection. He has to be accorded the distinction of being the grand old man of Bollywood poetry and lyrics. From K L Sehgal and Andaz in the later part of 1940s to competing with Anand Bakshi’s peak with his Nasir Hussain gems to the 21st century here is a man who could talk to four generations, work with widest range of music composers and appeal to all of them with a repertoire whose diversity put everyone behind. In Bakshi and Majrooh we have commercial success and longevity woven together with great expressions, although Majrooh was of course a far better poet commanding a respect even outside Bollywood which gives probably gives him the distinction of leading the stack.

At the second level  (or 6th depending upon your preference of ascending or descending order!) of the Saptak, Quality makes an impact and how. At around 200-250 songs, Gulzar, Sahir & Shailendra make an entry, in that order. Gulzar and Sahir are now clearly popular as THE most famous and well regarded lyricists that Bollywood has ever had. Now a living legend at 82 Gulzar – “the garden” – continues to touch the garden of emotions in our hearts registering new emotions that we knew existed but rarely registered. Sahir -“the light” – true to his pen name, have us our most philosophical, progressive and rebellious songs. The numbers tell us why. Both Gulzar and Sahir are estimated to have written circa 800 bollywood songs of which at least 250 and 200 respectively have made a huge impact. That’s like every 3rd or 4th song they write stirring up a nation of critics as well as Aam Aadmis alike!. Little wonder people waited or wait for their songs with bated breath. Sahir, unfortunately for us, had a shorter career of around three decades but Gulzar – writing for 50 years now – is not done yet. Shailendra – “the King of style” – has written some of our finest folk and simple songs, with a phenomenal stamp of quality in clearly the shortest career.  900 songs is phenomenal in the shortest career of just 15 odd years (tragically cut short by fate), and Shailendra’s partnerships inter alia with Shankar Jaikishan & S. D. Burman penned all time greats which remain etched in memory forever.

At the 3rd level of the Saptak four commercially successful Bollywood lyricists make their mark with 100-150 relevant songs . They have each written over 1000 songs, and have been commercially successful – albeit the frequency of their gems has had a tad wider spread. Leading the list is Javed Akhtar, versatile artist, and one of the best repositories of Bollywood music knowledge and folklore – whom one expects to make it to the 200+ club eventually. Javed Saab’s lyrical career has only been four decades because he started writing songs laters. Following him we have interesting Indeevar. A lyricist who formed successful partnerships with Kalyanji Anandji as well as Bappi Lahiri, Indeevar showed he had it in him with the National Award winner “Chhod de sari duniya kisi ke liye” in Saraswati Chandra, but did not hesitate to pen scores of kabadiwala nos of the “Mama Mia” jumping jack genre in the 80s – arguably the worst phase of Bollywood music. Perhaps it was the times that dictated the music. The other two maestros at this level are Rajinder Kishan and Hasrat Jaipuri – catering to the 50s and 60s. The latter was the more recognised being part of the RK group and even wrote in the 21st century, but it is the former whom yours truly believes lies the distinction of penning some really soulful ghazals as well as some foot tapping peppy nos with distinctive partnerships with Madan Mohan & C. Ramchandra.

At the 4th and 5th level, the field of 50 – 100 songs widens to have six members to round up the top 15 lyricists of Bollywood (in terms of a volume + quality yardstick). Two great poets – Shakeel & Kaifi Azmi; a maestro lyricist of peppy, breezy numbers – Gulshan Bawra; our best all rounder music director cum lyricist Ravindra Jain. The 5th level is a platform for India’s most successful father – son duo of commercial lyricists – Anjaan & Sameer. (I would reserve the “best” father son duo epithet for Jan Nisar Akhtar & Javed Akhtar). To Sameer does go the world record of writing the most number of songs, and at least 4000+ Bollywood Hindi filmi songs. That barely 2% make it to the collection is a reflection on my own preferences, but to his credit he understood the nuances of the politics of Bollywood Camps, and made being a lyricist a commercially viable profession. His dad probably has the same no of good songs but out of a far smaller collection, suggests Sameer has some way to go. To Kaifi saab goes the distinction of writing an entire film based on verse – Heer Ranjha – the climax of poetry writing if there ever was one. Ravindra Jain – India’s Stevie Wonder and more – will forever remain etched in history that disabilities do not deter a genius from flowering.

It is only at the 6th level that more newer generation Bollywood Lyricists make an entry. No reflection on their quality, it’s just that they need more time to accomplish a larger repertoire of work – and their work to stand the test of time. Prasoon Joshi, Irshad Kamil & Swanand Kirkire make the cut of 25+ songs. At this level we also see genuine poets – Sudarshan Fakir – made famous by Jagjit Singh’s Ghazals, Bharat Vyas of the black and white era, along with another ghazal maestro Nida Fazli, another poet Neeraj (Gopaldas Saxena), Yogesh Gaud of the Salil Choudhary and Dada Burman era. A notch below them not in terms of number of songs but poetry at the 7th level we have Dev Kohli, and Amit Khanna – each having a small niche area that they shone in – to round up a list of top 25. Bollywood Wordsmiths. Neeraj quit Bollywood’s political and compromise challenges to go back to genuine poetry while Amit Khanna moved on greener pastures into movie production etc. giving us an indication of how life as a lyricist was a struggle.

An interesting observation is that other than Ghalib, none of the major non Bollywood historical poets – Faiz Ahmed Faiz and the others – figure in this list, although there have been many songs composed on their poems. Upon due introspection, one would have to conclude that the music composition of those poems perhaps lacked the requisite flair to connect to the memory hooks – something that Indian Ocean managed with Dushyant Tyagi’s “tu kisi rail si guzarti hai” or Manas Mukherji managed with “Ye Zubaan Humse See Nahi Jati”.

There is an inexhaustible list of poets who wrote some fantastic lyrics and poems – but could not make the cut as the flames that flickered briefly to show promise but did not find enough avenues to fulfill the same.

One thing is clear from the numbers – it’s clearly not easy to write an impactful lyric  within the restrictions of brevity, meter and context – the best of lyricists have only had 100+ songs in a liftetime. Difficult way to earn a living, which is why it makes all the more sense to appreciate and celebrate that profound expression, and that perfect insight into life, love and happiness!