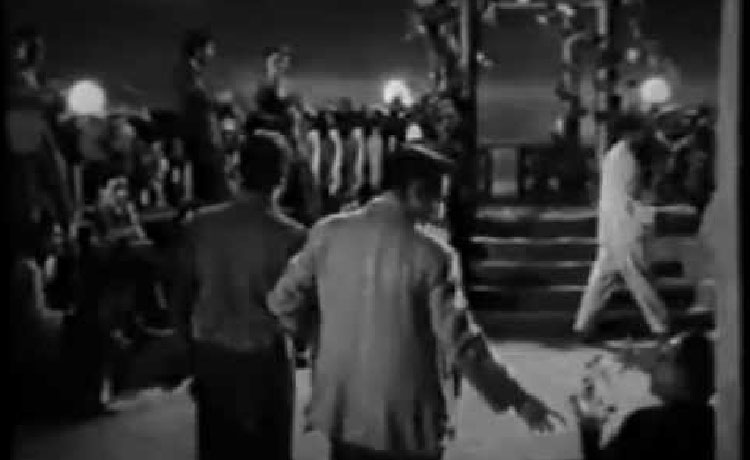 Khayyam saab breathed his last yesterday A music composer who was the soul of poetry – the word that comes to mind for his compositions is tenderness – he stood for the sublime grace and endurance of quality surviving almost five decades including the worst phase of Bollywood music the 80s. his dedication to Jagjit Kaurji and his donating all his wealth to charity are other outstanding qualities that will forever make him stand out in the industry. amongst the top 10 composers even in terms of volume in my personal collection.

My favourite bhajan – Dhoondhta hai Tu Kiska Sahara was composed by him. Two other rare gem compositions were Ai Dil-e-Nadaan from Razia Sultan – for the persian music, Tu Mere Saath Rahega Munne from Trishul – for composing a tune to a song without rhyming verse. In Bazaar he took a century old poem from Mir Taqi Mir – and made one of the antras – dikhaayi diye yun – the mukhda of a new song! A hilarious all male qawwali from Phir Subah Hogi – Jis Pyar Mein Ye Haal Ho, Jo Bor Kare Yaar Ko is another rare gem. Another haunting piercing Nazm, without rhyme, is Jaane Kya Dhoondti Rehti Hai Ye Aankhe Mujh Mein. His repertoire in Kabhi Kabhie covered the allad masti and gay abandon of a Tere Phoolon Jaisa Rang and rebellious Pyar Kar Liya To Kya to a lilting lullaby Mere Ghar Aayi, a reflective Surkh Jode Ki Ye Jagmahat to match the immortal Main Pal Do Pal Ka Shayar Hoon and Kabhi Kabhie Mere Dil Mein Khayal Aata Hai. His use of Suman Kalyanpur in just uttering a naughty UHoon (“No”) in the Rafi number “Theheriye Hosh Mein Aa Loon” was very innovative. Add the almost whispering echo effect in Kahin Ek Masoom Nazuk Si ladki to the angdai of Aap Yun Faaslon Se and you get a fantastic soft album.

Khayyam saab composed less than 400 songs in his career that lasted five decades from early 1950s to early 2000s. He was not the choice of commercial composers but has also delivered successfully commercially. That more than 100 songs from his stable made an impact on discerning ears in India puts him amongst the top 10 composers in my view

India’s best regarded poet Sahir recommended him twice – once to Ramesh Talwar for Phir Subah Hogi in 1958 and in 1975 to Yash Chopra which took him to the big league in the 70s. He made the best use of Mukesh’s timbre, and of Kabban Mirza and Bhupinder Singh’s baritone throats as well as Sulakshana Pandit’s melody. Of course Asha Bhonsle’s Ghazals for him are legendary. His wife Jagjit Kaur has also sung some lovely numbers – in particular compositions based on traditional folk songs sung by womenfolk during marriages and ceremonies. His search for genuine poetry and returning Sahir’s favour led him to connect us to some of the best poets in Bollywood in Nida Fazli, Jaan Nisar Akhtar, Kaifi Azmi, Majrooh, Shahryaar, Bashar Nawaz, Mir Taqi Mir, Mirza Shauq.

You will always ring in my heart.