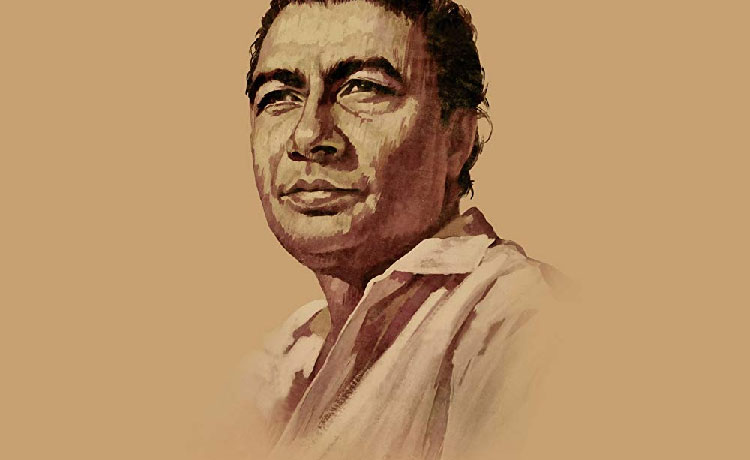 Would have been Sahir’s response to the technicality, however pertinent, that “creating new poetic expressions within the song tradition” doesn’t count as literature. We appreciate the technical distinction but would rather celebrate Bob Dylan being awarded the Nobel Prize for Literature – after all this is what this blog is all about! And vote for Sahir Ludhianvi being posthumously awarded!.

Abdul Hamid, the son of a Zamindar who rebelled against his dad and chose a life of struggle because he ill treated his wife and Sahir’s mother is undoubtedly an icon par excellence. He adopted the pen name “Sahir” or a leading light – which is what all his progressive expressions where! He also adopted the surname “Ludhianvi” to bring fame to his home city – but this practice which became a tradition we shall chat upon later. It is the Sahir part which deserves recognition.

He was the first lyricist to insist on being paid one rupee more than the music directors or Lata or get his name on the film posters. He wrote songs before the tune was composed – changing the practice in films where lyricists wrote to the meter. He was a poet before he became a lyricist.

It is difficult to do justice to a Sahir in one post that doesn’t run into a few thousand words so we will probably do it in a series. But here is just a quick overview of the phenomenal range of issues outside romance and heartbreak:

It is impossible to do justice in one blog – his contribution and prolific pen far exceeds Bob Dylan and probably reaches more no of people (but only in two countries). Sahir clearly checks all the boxes for bringing new and multiple idioms of expression not only enriching literature but life and society as well. And just because everyone understands him is no reason to discount its literary merit! Here is to recognising his contribution which IS literature.

I end with one song (modifying one word mazdoor with majrooh ) written by Hassan Kamal (in the film Mazdoor) in ode of all lyricists – (note – cheesy alert!).