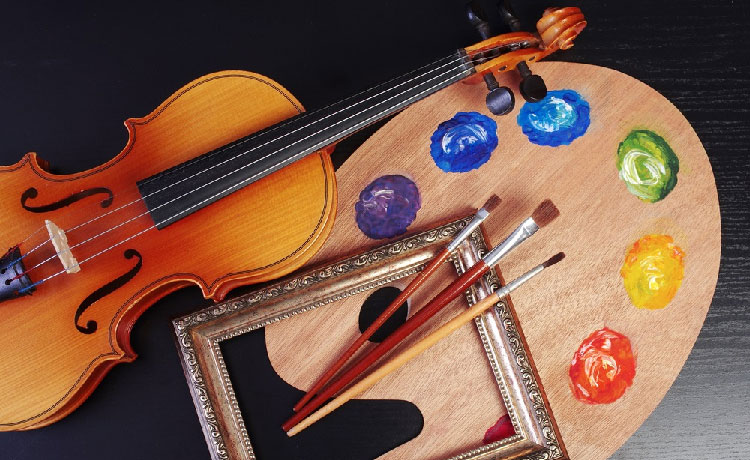 A new blog linking fabulous expressions and lyrics to comment upon current events, in the process celebrating the lyrics and the lyricist.

Ek mood, ek kaifiyat, Geet ka aaina hoti hai. Sahi se labz jod do, nagma saans lene lagta hai. Itni si Umar hoti hai ek gaane ki. Haan, kuchh lamhe barson zinda rehte hain. (Gulzar). If music is the language of the soul, lyrics are memory hooks that immortalise songs consecrating them to eternity. And while poetry has been the elixir of the refined being, meaningful Bollywood lyrics serve as an excellent mode of showcasing to masses, the possibilities of what an elegant art form real poetry can be.  With its restrictions of ‘meter’, constraints of commercial demands, and situational background, good lyrics qualify for a less pure, nevertheless unique art form. In fact, if other art forms such as painting or sculpture or classical singing or weaving have remained arcane or less popular, blame it squarely on the lack of a mainstream medium like Bollywood music (that even good bollywood music is looked down upon by purists is altogether a different matter). Of course there have been more crass lyrics then good ones, but a kosh of some great expressions exists to fall back upon.

Bollywood Music has itself enthralled generations for decades, entrenching itself for half a century not just in our movies but also embedding itself in our lives and practically in our sub-conscious for decades with an imprint on masses and classes alike, across all divides of race, religion, caste, sex, language and class. Within the genre, it is normally the hummable tune that appeals more to people, and which garners a larger share of memory. There is a vast majority that remember and like the tune and the first few words, but scratch only the surface of the rest of the depth of the song. Not that craftsmen who compose the language of the soul are less venerable, but the fact is that some of the best expressions of life have been captured in our songs.

It was not until 1992 – when I did my summers at Proctor and Gamble, which had a norm that any official note/memo you put up should be restricted to one page (if u wanted to convey anything meaningful, u shd be able to do it in a page) – that I myself came to value the efforts of a wordsmith – brevity demands enormous skill, conveying your message in a restricted manner is far more difficult than filling up pages of word lengths (note – we shall keep this in mind for future blogs, not this one).

My own attraction to lyrics was immediate upon exposure at the age of 12 once I came from Tanzania, possibly to do with my innate love for simple philosophy or the essence of life. I was struck by how simply some truths could be encapsulated in so short and sweet an expression. Much before sex made an impression, (and much after it made one), Gulzar made me wonder with haath se chhoo ke ise rishton ka ilzaam na do;  or the delightful bahut khubsoorat hai har baat lekin, agar dil bhi hota to kya baat hoti! (Masoom) warning you whom to fall in love with (not that beautiful babes were falling over each other for you, but nevertheless 😜). Father Morondo would always tell you, inter alia, that it was better to try and fail than never to try at all, but it took one line from Sahir – tere girne mein bhi teri haar nahi, ke Tu aadmi hai avtaar nahi  (Zameer) – to make sure you never again got dettered from trying for fear of failure. The songs were always huge hits, but there was something about Anand Bakshi’s “duniya ne hamko diya kya, Duniya se humne liya kya, hum sabki parwa kare kyon, sab ne hamara kiya kya (Hare Rama Hare Krishna) or “tu kaun hai tera naam hai kya, sita bhi yahan badnaam hui (Amar Prem)” which made chhota rebellions such a matter of fact natural course of action to be adopted. (One higher secondary teacher finally commented – don’t make breaking traditions your traditions). Politics, communism, capitalism, the price of knowledge, nationalism(!)and East West divide all crept in in muddled minds with Pyaasa, Ayn Rand, and Shailendra’s “kuchh log jo zyada jante hain, insaan ko kum pehchante hain, ye Purab hai purabwale, har jaan ki keemat jante hain” swimming together at the same time, along with the fun and frolic of  “denewala jab bhi deta pura chhapad phad ke deta (Funtoosh)”.  All it takes to ensure that Religion can never count you amongst its unquestioning bunch of followers is for you to be exposed to “zahid sharab peene de masjid main baith kar/ya wo jagah bata de Jahan par Khuda na Ho” or “ye bhog bhi ek tapasya hai, Tum tyag ke mare kya jaano” (Chitralekha). Nothing captures the hesitant introvert better than Kaifi Azmi in “kuchh dil me kaha…kuchh bhi nahi..”. And if Sahir had you in raptures when you were facing dilemmas about your only romantic relationship that the way forward was “wo afsana jise anjaam tak lana na ho mumkin, use ek khubsoorat mod de kar chhodna accha”, it was little known Rajinder Krishnan whom you settled for with “deepak ki chamak mein aag bhi hai/Duniya ne kaha parwane se/parwane magar ye kehne lage/ deewane to jal kar dekehnge/is raah mein apni maut sahi, ye raah bhi chal kar dekhenge (Nagin)”. Moving forward, when you see harshness of life affecting many, you realise what Majrooh was referring to when he said “sau roop dhare jeene ke liye, baithe hain hazaaron zeher piye (Mamta)” and when debates on whether you should take up a particular buy side or sell side mandate came up in a career in investment banking, you found that in an agency business, the best way forward was to fall back on Ravindra Jain’s “saanwre ki bansi ko bajne se kaam, radha ka bhi shyam wo to Meera ka bhi Shyam” (Geet Gata Chal)” And just in case you ever thought of yourself in life as some unique ace achiever, Sahir would bring you back to earth with “Kal aur aayenge…mujhse behtar kehnewale, tumse behtar sunnewale” while Gulzar mocks your bachcha dil with “umr kab ki baras ke safed ho gayi, kari badri jawani ki chhatti nahi”.

The simple point is that our lyrics capture a wealth of wisdom, some of the best expressions of the heart, relationship and mind that provide a window into life and the world around us. Great insights encapsulated in just a few words – decades of understanding of the human mind and heart, or the harsh reality of life. Too often, in an education system emphasising on the rote and not the nuance, one finds the tune embedded in minds but the lyrics glossed over. The mukhda does finds an echo in a lot of people, but equally powerful and sensitive Antras have got lost. These were really lamps in our life, throwing light on some perspectives on situations which repeat themselves in similiar manner with most people. Many of these lyrics have a life of their own even outside the context of their films – and it would be a pity to see the nuance lost or frittered away ravaged by time. So here is an attempt to document or celebrate them, and hopefully discover new nuances to multiply one’s joy with.

As an aside, Bollywood Music’s biggest beneficiaries have typically been screen friendly charismatic stars who have gone on to become superheroes inundated with disproportionate adulation. Film Difectors who had the vision to leverage it also benefitted from it. Music Directors, the magicians composing these tunes have had a mixed bag – reaching the odd pinnacles of glory but also facing rejection in substantial measure when movies flopped at the box office – typically a 90% probability, only to find fame and cult status tragicallyonly after their death like a Karna – as Pancham did. At the bottom of the totem pole lies the lyricist – the wordsmiths – who composed to the tunes. The Bollywood lyricist was a unique person, who composed expressions that remained imprinted across decades but remained relatively unsung in more ways than one – vertically in the movie industry as well as horizontally – in literary circles he has always been accorded a status lower than a poet, for being less than a purist, and for preferring to dedicating his art to the dictates of a plebeian market. Shailendra’s tragedy was no less than Pancham’s. It was but a rare Sahir Ludhianvi who demanded that his name be put on posters to acknowledge the contribution of his songs, and eventually demand a few of one rupee more than what the music director was paid. Most of the brilliance of our lyricists – even the famous ones – has not yet got fully disseminated. Hence, here is an ode to the lesser mortals who have given me and us so much pleasure.

Let us start with Shailendra in: