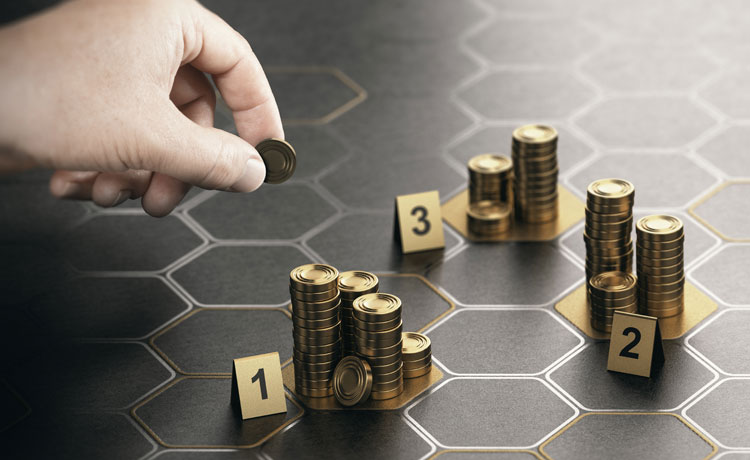 Napoleon’s definition of a military genius was “The man who can do the average thing when everyone else around him is losing his mind.”

What he meant, I think, is that most wars are lost rather than won. The final outcome is driven more by one side’s blunder than the other’s brilliance. One screw up can overwhelm a dozen smart decisions that preceded it, so even if strategy is crucial the expert is rarely preoccupied asking, “How can I be great?” The obsession is, “How can I ensure I’m at least average and never a disaster during the most important moments?”

And isn’t investing the same?

Most of this industry is devoted to finding greatness, which is inevitable because it’s what captures attention. But an occasional great decision can quickly become irrelevant unless you consistently avoid the blunders that move the needle even more. It’s not exciting, but we should spend more effort on ensuring we’re capable of doing the average thing all the time before we spend a moment trying to do a great thing some of the time.

A few unfortunate traits that commonly prevent investors from doing the average thing:

If you write a piece of computer code and it works, you can take credit for it. It works because you did the right thing. If it doesn’t work, you did the wrong thing. Black and white.

Investing isn’t like that. So many forces collide at once – economics, politics, business, markets, psychology – that there’s more leeway to create a narrative about why something did or didn’t happen. The most common narrative is that wins are caused by your decisions and losses are the consequence of some external force, usually policymakers.

It’s the most comfortable mindset. But it’s a bonanza for overconfidence on one end and ignorance on the other. One reason the financial industry mints so many extraordinary egos is because it’s easy to take personal credit for what works and claim to be a victim of what doesn’t. Industrial engineers can’t simply be in the right place at the right time, or blame their failures on the Federal Reserve. But investors can, and do.

An iron rule of investing is that almost nothing is certain and the best we can do is put the odds of success in our favor. Since we’re working with odds – not certainties – it’s possible to make good decisions that don’t work, bad decisions that work beautifully, and random decisions that may go either way. Few industries are like that, so it’s easy to ignore. But it’s a central feature of markets.

Unless you’ve enjoyed a period of success that you realize you had nothing to do with, or can admit that a long period of loss was due to your own mistake, you’ll have a hard time grasping reality in a way that lets you do at least the average thing when everyone else is losing their minds.

3. Assuming experience in a past era provides valuable insight into this era.

Markets being volatile and competition being relentless are ageless. They were as true 100 years ago as they will be 100 years from now.

But many more investing observations are specific to a certain era. The more granular the observation, the more specific it is to a period of time and the less confident you can be that it will repeat in the future.

A lot of blunders come from investors who lived through one era expect the current era to play out in an identical way. When it doesn’t, frustration often comes through by claiming the younger generation is oblivious to a lesson your generation learned the hard way. Sometimes that’s true. More often it just takes less effort to assume young people don’t understand something than it does to ponder how the world has changed.

There are timeless truths about things like inflation, but the exact state of the world – the precise mix of everything from geopolitics to manufacturing capacity to unions to technology – that caused inflation in the 1970s will never exist again. That’s not to say there will never be inflation again; of course there will be. Just that whatever causes the next round of high inflation will be different from what caused the last round. So living through the 1970s doesn’t necessarily make you better equipped to understand modern inflation. It might actually hurt, because your first-hand experience gives you a false sense of forecasting confidence. That’s part of why so many senior economists have gotten inflation so wrong in the last decade.

Experience helps if you can appreciate and separate what never changes from what never repeats. If not, it can be an anchor, preventing you from seeing the world as it is vs. what you think it should be during the most important moments.

4. Only realizing where the boundaries of your risk tolerance are by going past them, which can cause irreparable financial and psychological damage.

Daniel Kahneman says a key to investing is having “a well-calibrated sense of your future regret,” which might actually be the key to understanding all forms of risk. You know exactly how much risk to take if you know exactly when you will cry Uncle when things don’t work out.

But many people – maybe most – don’t have a good sense of their future regret. The only way they learn where the boundaries of their risk tolerance is is when they blow past them and look back with hindsight, realizing they took too much risk to begin with.

That’s when trouble explodes. When you go past your risk tolerance you’re likely to face a financial bludgeoning when you sell at the worst possible time, and a psychological bludgeoning when the scars of your ordeal cause you to become once bitten, twice shy.

Many investors – especially new investors – have no clue how much risk they can endure, and when they think about a future when they might lose money they underestimate the psychological torment of the uncertainty that arises when the world faces a situation that can push the stock market down, say, 30% in a month. Or what it’s like to tell your spouse, kids, coworkers, or neighbors that the money you used to brag about is now gone.

Buffett discussed a version of this after the LTCM hedge fund blow up:

Can’t say it any better. Never risk what you need in pursuit of what you don’t.

5. A tendency to be influenced by the actions of other people who are playing a different financial game than you are.

Cisco’s market cap was $600 billion in 1999. Why? Probably not because people actually thought the company was worth $600 billion. Burton Malkiel once pointed out that Cisco’s implied growth rate at that valuation meant it would become larger than the entire U.S. economy within 20 years.

Its stock price was going up because short-term traders thought it would keep going up. And they were right, for a long time. That was the game they were playing – “this stock is trading for $60 and I think it’ll be worth $63 before tomorrow.”

But if you were a long-term investor in 1999, $60 was the only price available to buy. So you may have looked around and said to yourself, “Wow, maybe others know something I don’t.” And you went along with it. You even felt smart about it.

But then the traders stopped playing their game, and you were left holding the bag.

What you don’t realize is that the traders moving the marginal price are playing a totally different game than you were.

It happens all the time: if you start taking cues from people playing a different game than you are, you are bound to be fooled and eventually become lost, since different games have different rules and different goals.

This goes beyond investing. How you save, how you spend, what your business strategy is, how you think about money, when you retire, and how you think about risk may all be influenced by the actions and behaviors of people who are playing different games than you are. Few things cause more financial problems, regrets, frustrations, and inability to do the average thing when everyone else around you is losing their mind.

More on this topic: